From being a teenager, I mostly wandered around with a camera in hand just snapping those daft shots of friends and stupid things and later, my lens turned to holiday snaps as I discovered the delights of travel.

In those days, my camera was the kind which used rolls of film when processing was costly, especially when you discovered what you thought was a great shot really wasn’t, well – that great!

Later I progressed to a 110 cartridge camera – easy to carry around but took even worse photos than with a film camera and although you could get your photos printed on an hourly service, if you were really that desperate – hard copy prints were still on the expensive side.

Move forward several years and finally, we hit the age of digital – I had several compact point and shoot models with the last two being a Fuji Finepix, which took us to places like Bulgaria, Cyprus and Egypt with my young stepson and lastly a Canon IXUS 95 IS. That last compact was a real last minute buy – just hours before we were due to fly from Larnaca to Luxor, Egypt in 2010 with several of our friends we found out the Fuji Finepix was being temperamental so it was a quick dash to our local supermarket, Carrefour, where we chose the Canon IXUS at a cost of 99 Euros.
It stood us in very good stead for a few years….

Because I felt I could progress further with a “smarter” camera and as I had become much more interested in landscape photography after we moved to Cyprus in from UK in 2004, I toyed with the idea of upgrading to a DSLR camera several times and pondered all the different models and brands for months on end only to say “sod it” due to the complexity and choice.

In that period, my thoughts went from mirrorless camera options which were cheaper and with several other well known regular DSLRs and of course, longstanding brands but because I was mainly looking on the internet, the choice was very difficult.

I visited My Mall at Limassol a number of times in 2012 to try to get a “hands-on” experience but it was difficult as they were all attached by an umbilical curly security cable which meant I couldn’t judge the true weight of each camera I picked up.

So the idea was shelved for a number of months until we were back in Blackpool visiting family in UK in December 2013 when I was having a nosy on the internet on my mobile phone and saw a camera that I liked the look of, the reviews were favourable as was the price – so that’s how I ended up with my Nikon D3100 DSLR.

The first test photos I took with it were from the top of bus as it took us along the seafront by the tram tracks from Blackpool to Fleetwood where we were catching the Fleetwood to Knott End Ferry across the River Wyre to visit my parents. 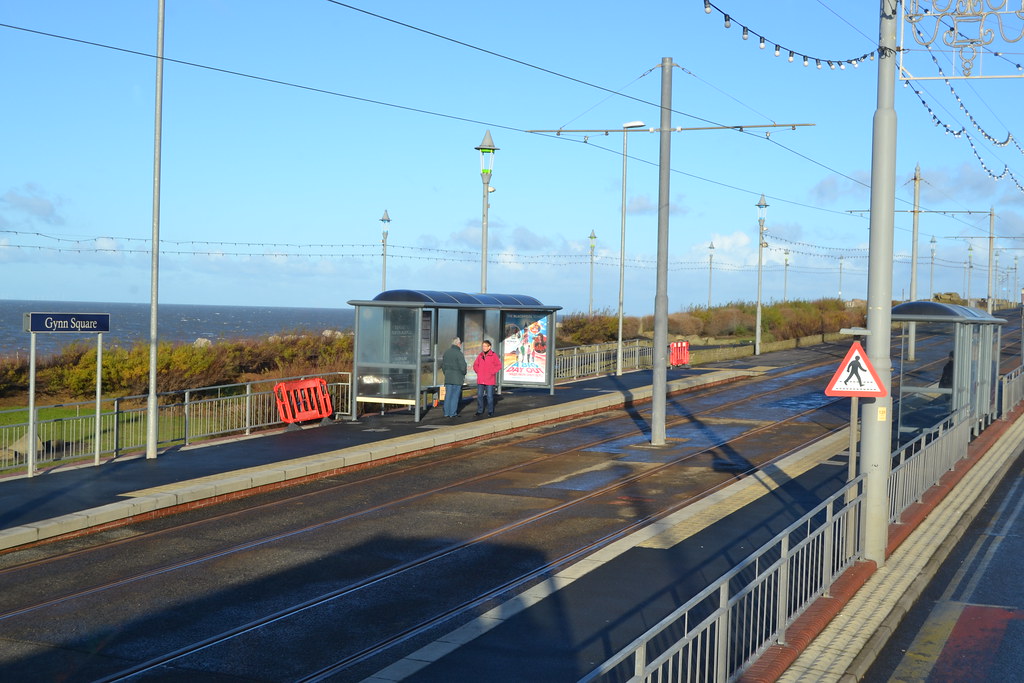 The day, although bright and sunny was extremely windy as it was the day before the big storm hit us which caused thousands of pounds worth of damage to the North Pier at Blackpool on 5th December 2013.

Here’s the ferry making it’s way back to us at Fleetwood from Knott End on Sea: 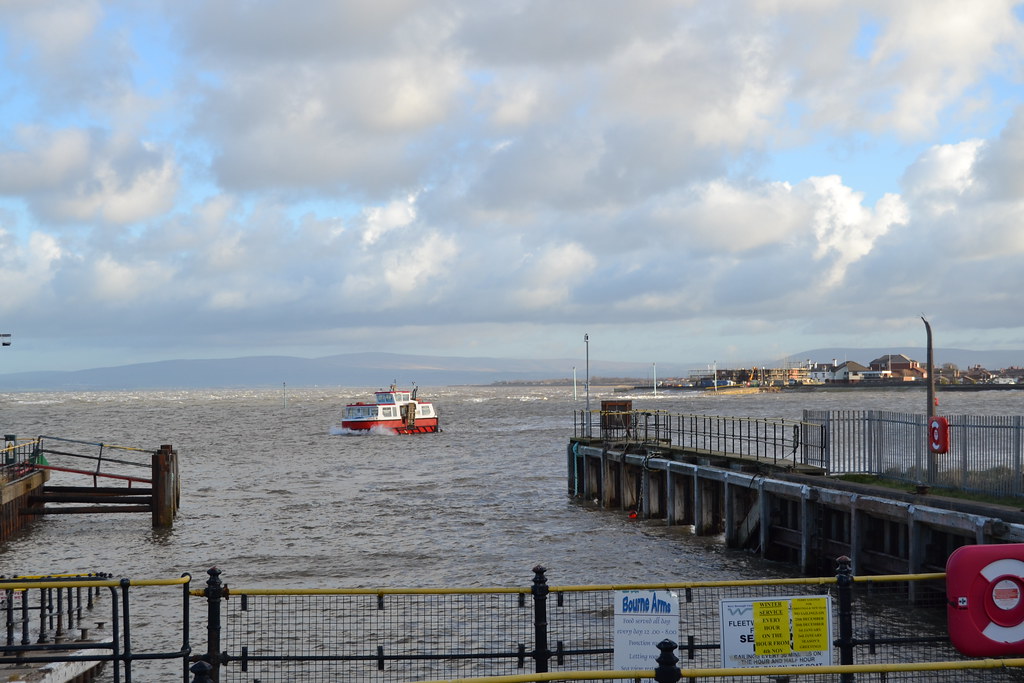 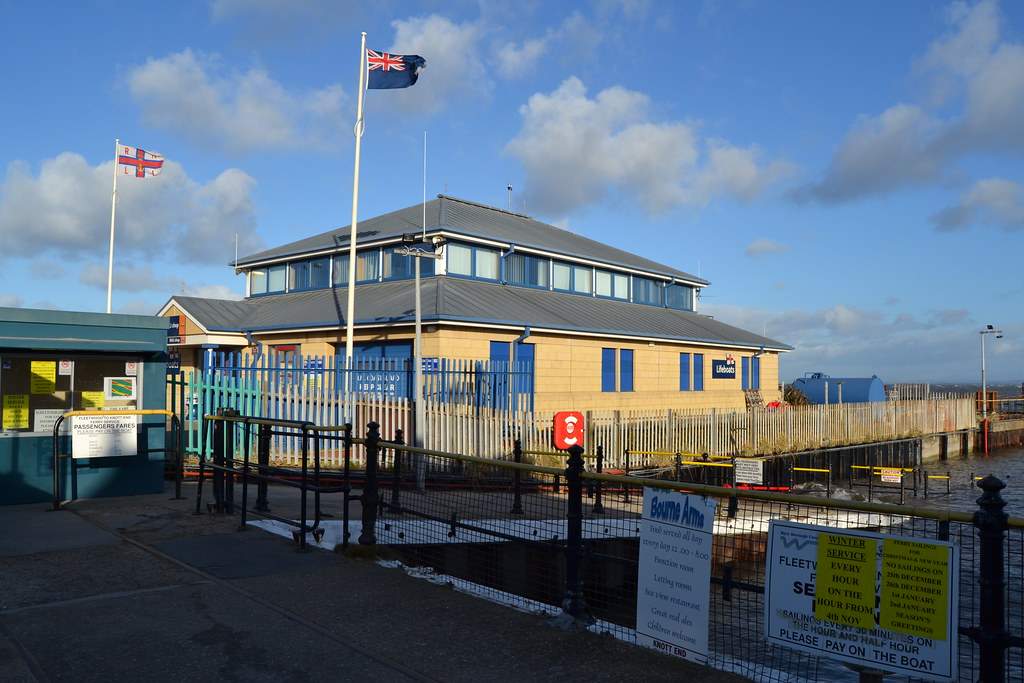 These guys were taking on supplies as their ship was moored out at sea to stay safe from the approaching storm.
The tide was riding very high: 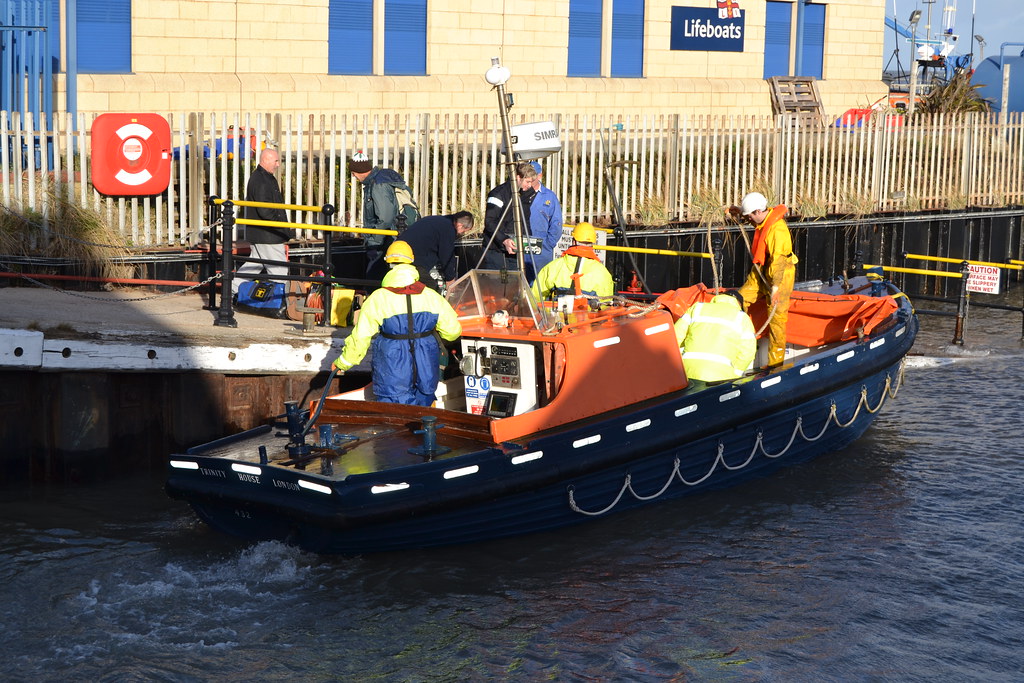 We managed to get the last ferry crossing before it was taken into safe harbour from the storm.
Here’s the Wyre Rose making a sharp exit from Knott End slipway to Fleetwood: 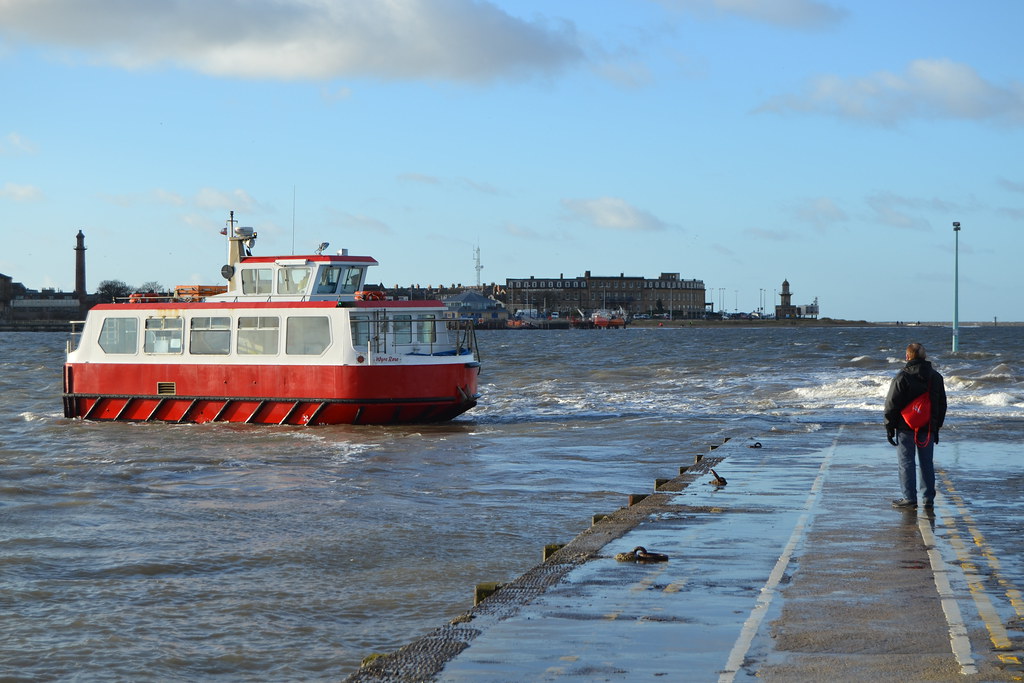 We had to return to our hotel in Blackpool from Knott End by the Blackpool Transport 2C bus route, which took over an hour….

This photo was taken as the sun broke through around lunchtime – we had been trapped within the safety of the closed doorway at one of the amusement arcades as we watched the waves and the sea spray lash over the top of the sea wall.
You can see just how high the sea came up against the North Pier: 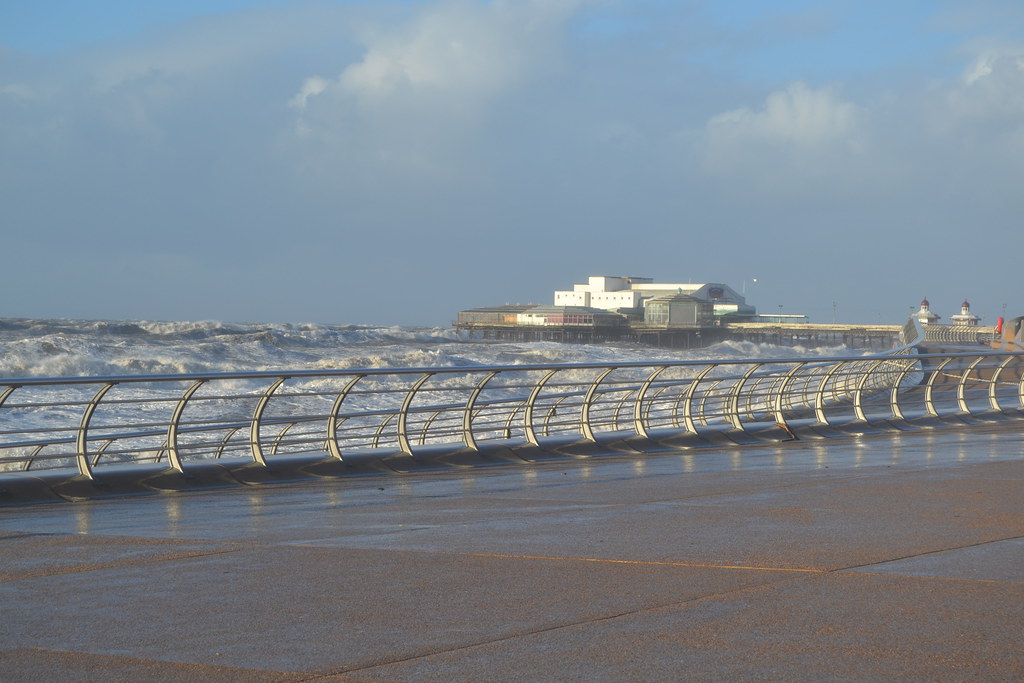 So, these were the very early days of finding my feet with my Nikon D3100 DSLR.
I still have it now as I write this post at the beginning of October 2019. Since then, I’ve taken thousands of photographs with it and it’s travelled with me to many places within Cyprus during the remaining years we live there.

I now put some of my photographs out as stock images on EyeEm.com where some of them have been added to Getty Images and several other stock image portfolios. It keeps me out of mischief!

Some of my recent photos were taken in Marrakech and Essaoura, Morocco on our last overseas holiday in March 2019.

More blog posts to follow from travel outside of UK and within it as well as places around our new home town of Knott End on the Fylde coast since our return to UK in 2016….

My Canon IXUS 95 IS, which I referred to higher up in this page died on us several months ago.

It was a camera that was so simple to use straight out of the box when we bought it all those years ago and it’s been a sad loss.

My Nikon D3100 and the lenses that go with it can become a little cumbersome and heavy, particularly if I have it slung around my neck or in my backpack if we’re out and about exploring.

I found this out when we were in Morocco trying to climb waterfalls and doing a balancing act with my backpack scrambling between rocks. So, when the lens stopped any kind of interaction on the IXUS, it was definitely time to look for something a little less weighty.

After much searching on the internet (as we were slap bang into Covid) meant it was another difficult choice as very few shops were open for browsing – but I eventually found one which I thought would suit my purpose to slip in my pocket or carry on a wrist strap without suffering from aches and pains by being weighted down on one side.

I plumped for the Canon PowerShot SX430 IS which I bought via Click and Collect from Curry’s and am pleased with it as a camera I can keep handy with me when I’m wandering around. (It seems the only place I can find it now, is through Argos – click through the bold product link and you will find it) and it’s more expensive than when I bought it!

The only drawback for me, is there’s no viewfinder and it often means the digital display is compromised in bright sunlight. I get round it by choosing to shoot from a shady spot and jiggling my angle accordingly.

It’s great for when we’re away for just a few days such as city breaks in Liverpool or the odd day out when I don’t need loads of “stuff” with me.