Hmmm, had many problems in accessing my WordPress blog for quite a few months now….

Suddenly, WP has changed the goalposts and decided it wanted a username rather than my usual login – total nightmare because I couldn’t find it, or remember it no matter what I did or tried.

I even tried the Password Help form requesting to reset the password multiple times – but no email has ever been received! This is not the first occasion I’ve had this problem and it seems nobody ever replies and sends that “help” that’s most necessary 😦

Anyway, today somehow I managed to get here 🙂 More good luck than management, I believe!

So, rather than bombard you with lots of writing for you to read, I will give you some smidgens of what we’ve been up to since my last post which was waaaay back in November!

November 2014: we took a quick visit back to UK to see my parents. We stayed for 6 nights in sunny Blackpool at the Grand Metropole Hotel. Sadly, “Grand” it most certainly wasn’t 😦 At the time of writing this article, according to TripAdvisor UK this hotel is “Ranked #67 of 74” hotels in Blackpool….. says a lot doesn’t it?

It definitely was “grand” once, many years ago before Butlins let it go to the Britannia Group of hotels. And apparently, the Grand Metropole isn’t the only one of it’s kind under this auspicious umbrella of hotels to meet with this same fate. It appears they are all very much “unloved”.

Doesn’t look bad from the outside does it? And, you have to remember that this is the ONLY hotel in the whole of Blackpool that is on the sea side of the resort. Don’t you think you would want to aim for a great reputation rather than scary as someone recently stated?

My review here of our stay on TripAdvisor – and please, take no notice of the so called “reply” from “joepiper” the General Manager as these are all simply copy/paste replies which he/she has since become famous for

I was a bit miffed to say the least, hence my retort below:

To “joepiper” / Francis Sheridan (General Manager) of the Grand Metropole (Britannia Hotel group) please take note: this is NOT a “dubious inaccurate report” and I hope that now your staff have been “de-briefed” regarding the “disappointing elements of our stay” someone has finally decided to clean the filthy push plate on the Promenade Restaurant door!

The Last Sunday of 2014: this was the view down at one of our most favourite beaches in Cyprus (Curium Beach) in the Limassol district on Episkopi Bay.

We decided to take a short photo shoot from above Curium Beach before meeting our friends at one of the beach bars there for lunch. There are 3 tavernas (Cypriot traditional restaurants) on Curium Beach and you can see them here pictured in the photo below: 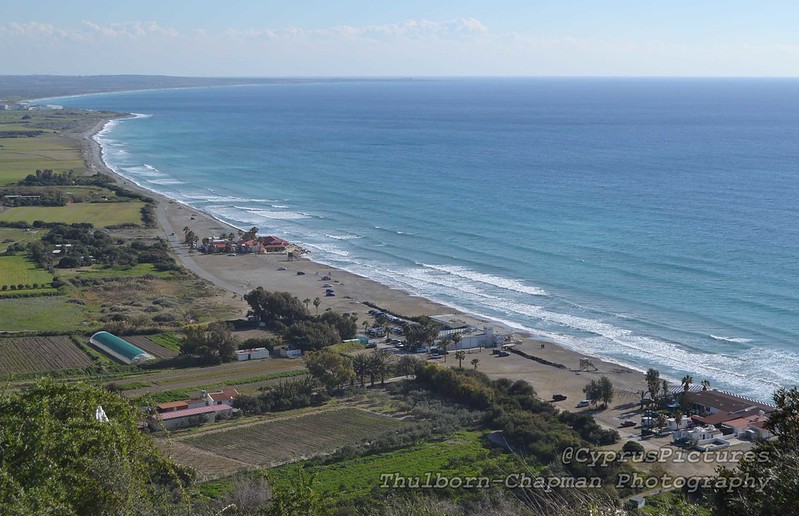 “Cyprus viewed through Roman eyes” – Is this how the Romans saw Curium / Kourion from their vantage point?
More photos here

1 February 2015:
“Reflections of Limassol” – a whistle stop walking tour of Limassol old town and a quick stop for a cool drink on the New Limassol Marina: 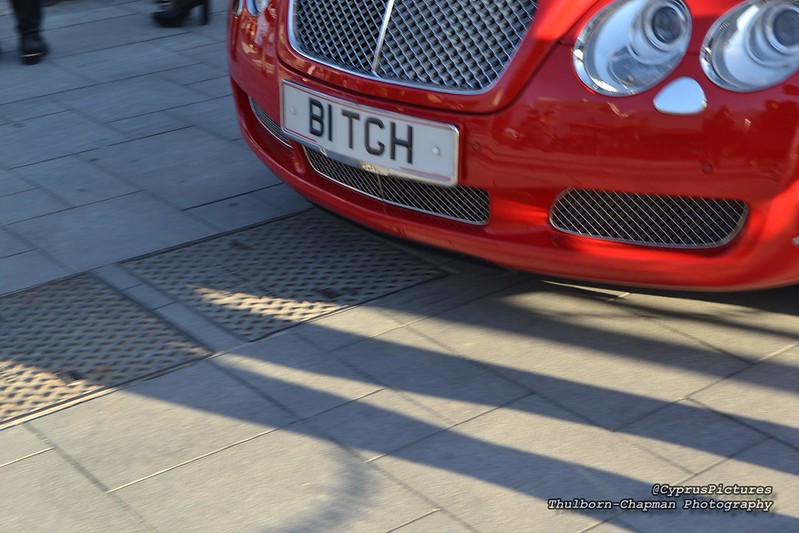 I kid you not….. above is really the registration plate of this very expensive car. After a little research, it appears it’s registered in UK.

February 2015 – following some of the coldest temperatures we’ve experienced during 11 years of becoming permanent residents in Cyprus (yes, there was snow on the ground the day before we arrived at the sea levels in Limassol and Paphos holiday resorts), we took ourselves off to Coral Bay at the Paphos (western) end of the island for an overnight stay at the Panareti Coral Bay Resort. A very nice smallish hotel (we stayed on AI basis and paid around 50 GBP for bed, breakfast, evening dinner and all drinks included). We had a very nice 1 bedroom apartment but the only problem we had was we couldn’t keep the room warm due to the bitter temperatures from the previous days – even with our fan heater!

Above photo: View from beside the Thalassa Hotel at Coral Bay, Paphos. 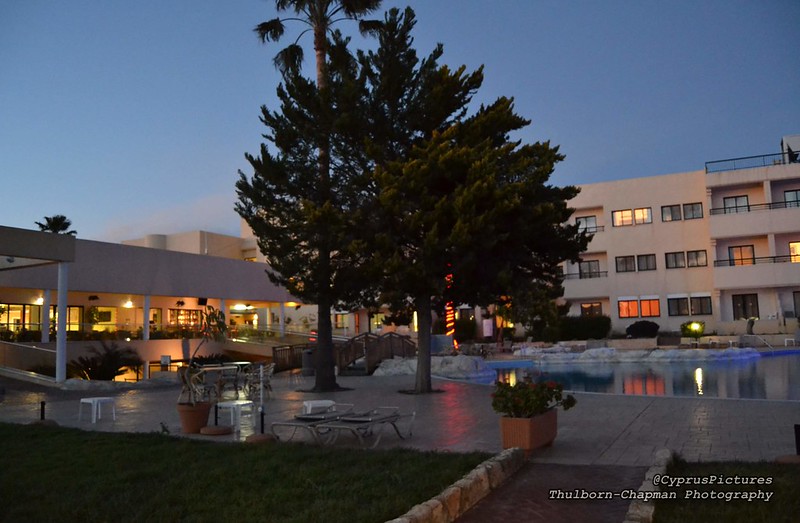 This was the view from our room: One night All Inclusive at Coral Bay (Panareti Coral Bay Resort – Apt 402). One bedroom apartment sleeps 1 to 4 people.

I think that’s enough to whet your appetite. Lots more to come as we’ve been busy during the first quarter of the year…

Don’t forget you can keep abreast with all our excursions by following my photo diaries on Flickr or stay up to date with me on Twitter too!